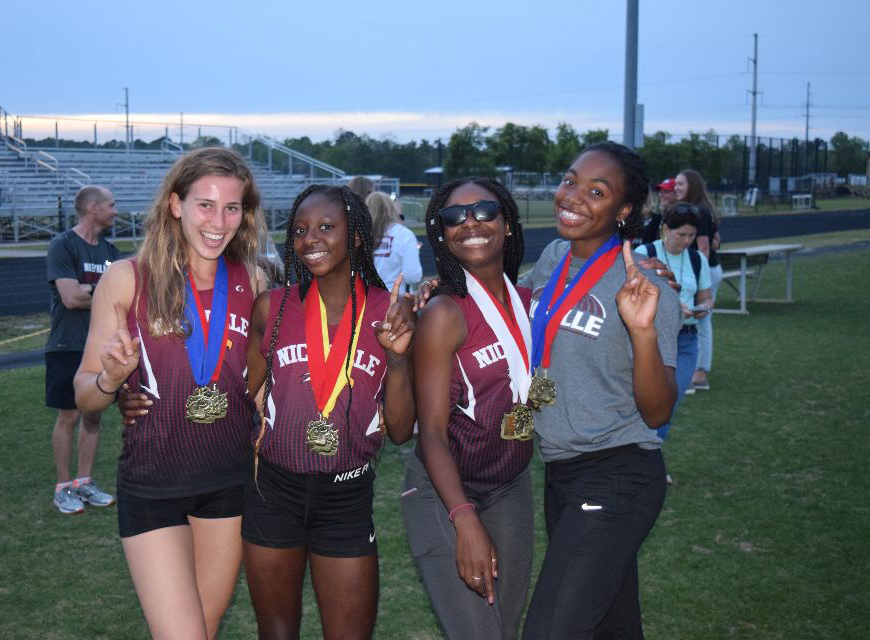 Niceville Track & Field was faced with the new challenge of moving from class 3A to 4A in 2021, and we think we've "made a statement". The class of 2021 executed a perfect six-year sweep of the District Championships for both girls and boys. As Niceville leaves behind their former District rivals, the margin of victory at the 2018/2019 3A District Championships over Fort Walton Beach was 543.5 to 274.5 (girls), and 478 to 308 (boys). COVID-19 shut down the 2020 season, and the 2021 Eagles fought to preserve the 2020 Eagle's legacy. The 2021 Eagles delivered, and made a statement against their new 4A District foes by outscoring them 309 to 85 (girls), and 237 to 126 (boys). The 2022 Eagles won (girls) 274-147 over Gainesville Buchholtz, (boys) 194.5-139 over Gainesville Buchholtz. This would set the tone for historical Regional and State Title runs...The 2021 Eagles went on to win the men's State Championship, while the women took State Runner-up. The 2022 season truly set high expectations for what Class 4A can expect from Niceville. 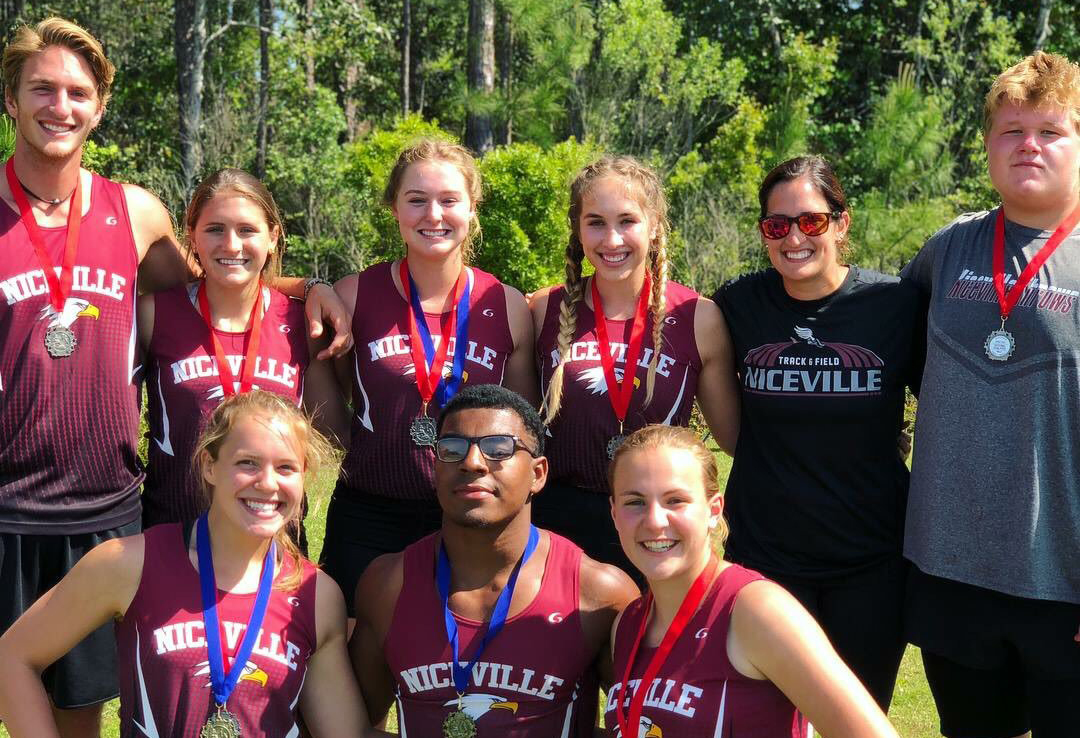 The 2022 Eagles picked-up on where the 2021 Eagles started. They swept the 2022 FHSAA Class 4A Region 1 Championship for the second year in a row. The class of 2021 made history by sweeping for both genders. This was the boys second-ever Regional Championship in school history, and marked the fourth Regional Title for the girls. Led by field events and hurdles the Eagles turned heads at Flagler Palm Coast High School, and set the tone for an even more historical feat at the State Meet. This domination began in 2017, led by Abbie Harrelson's 35 points, the Girls took home the program's first-ever Regional Championship. They bested powerhouses Pensacola Pine Forest and Tallahassee Lincoln by 24 points. The 2019 Girls team dominated in the field events to win the program's second Regional Championship. Before the running events ever began, the field events scored 82 points, with the final score being 109 - 83 (over rival Pine Forest). The 2020 team was predicted to win for both genders at the 4A Region 1 Championships until COVID-19 stopped everything. 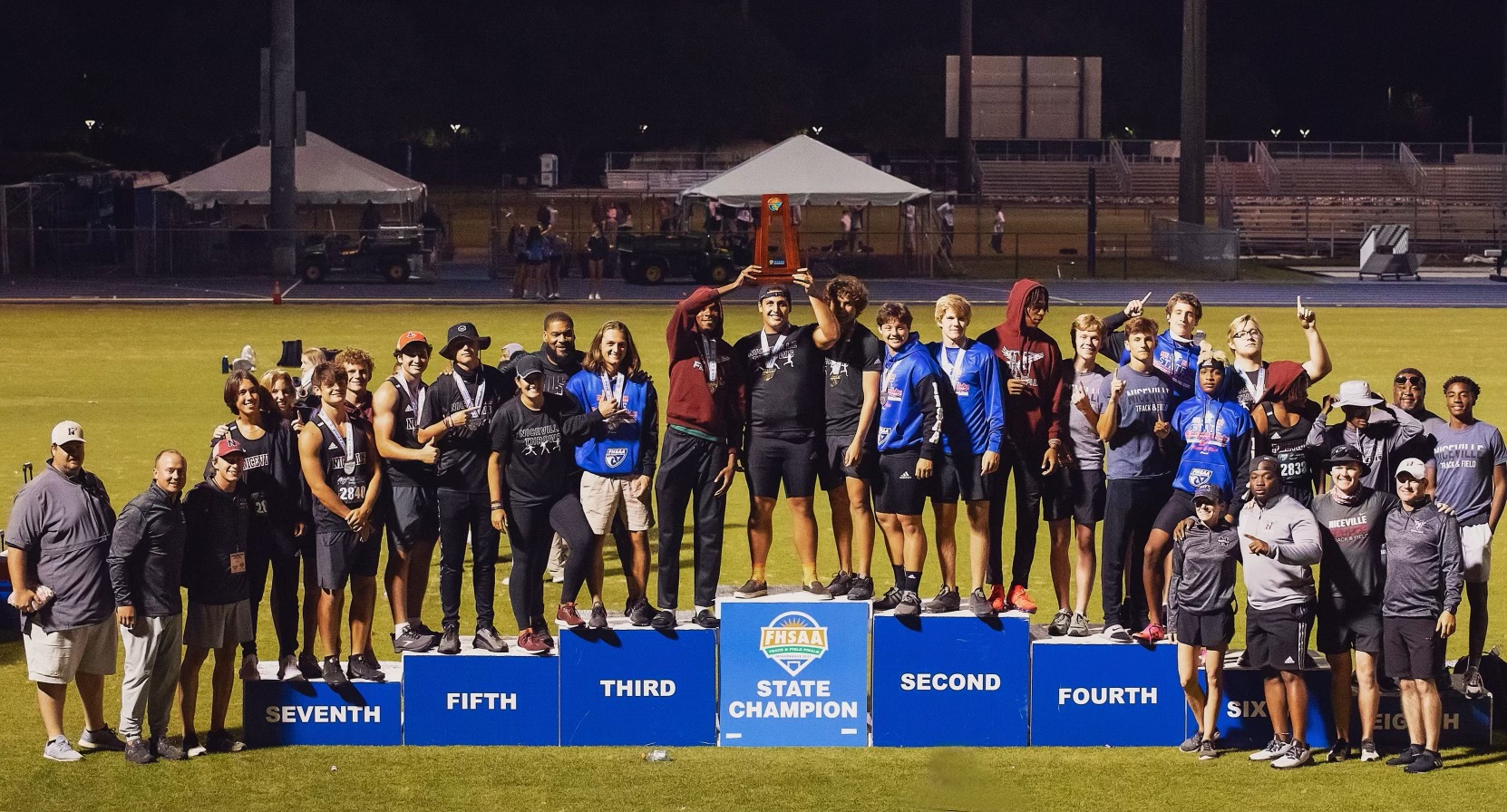